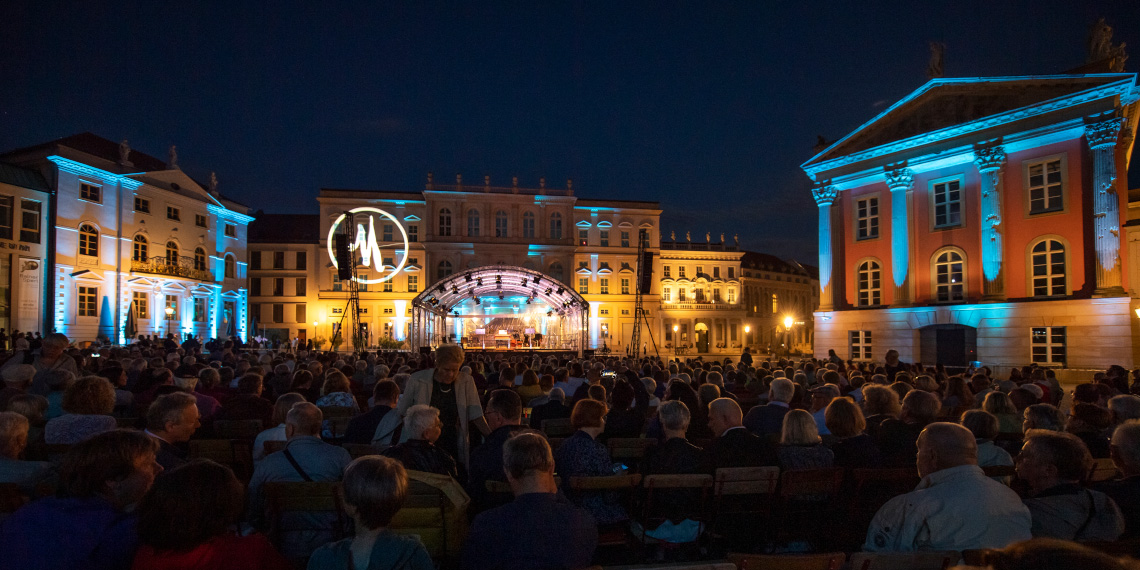 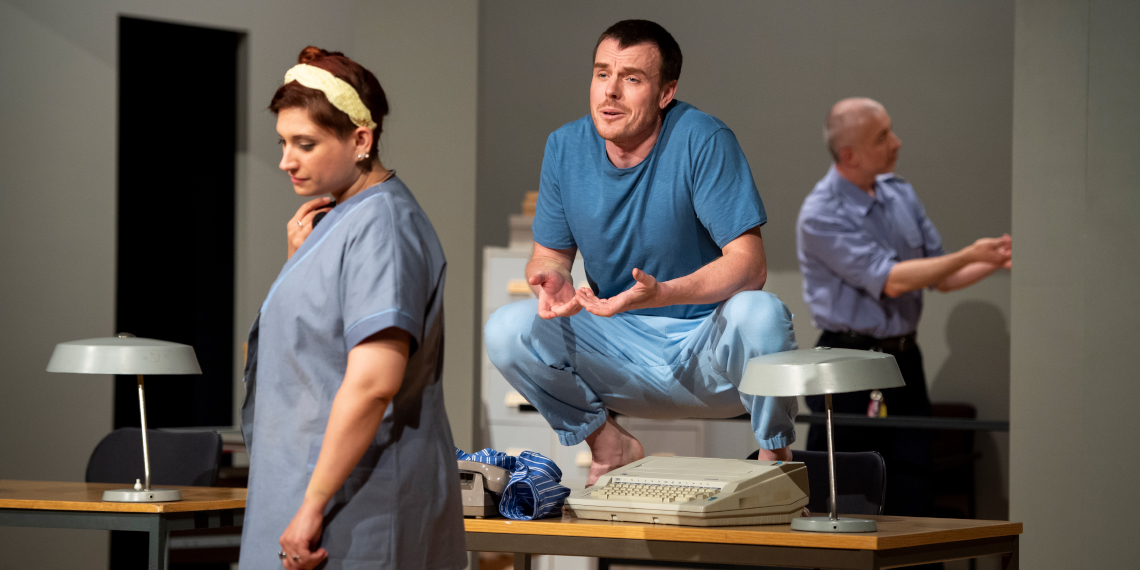 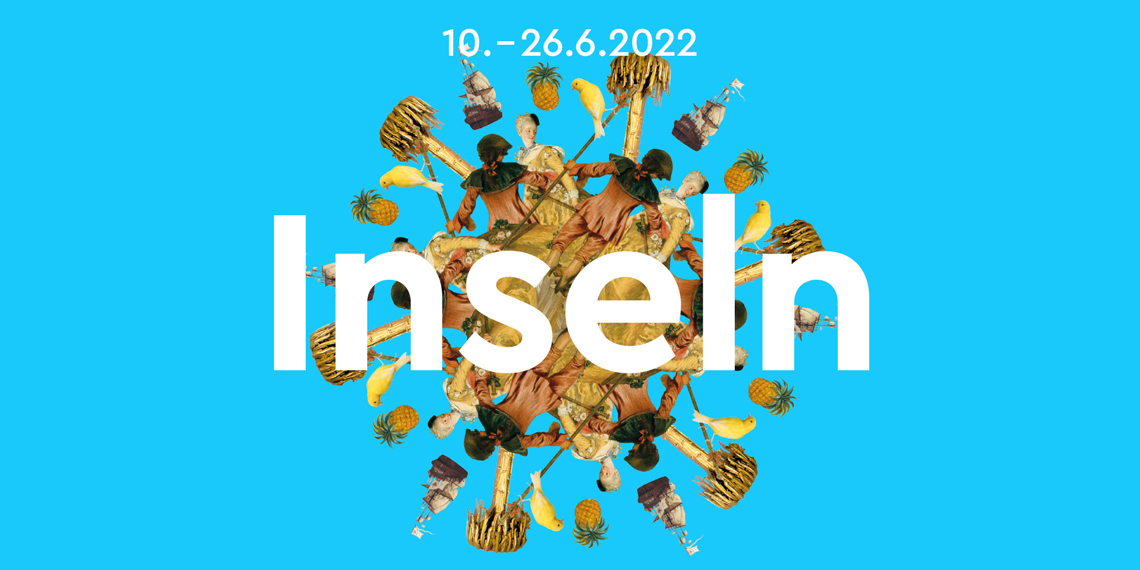 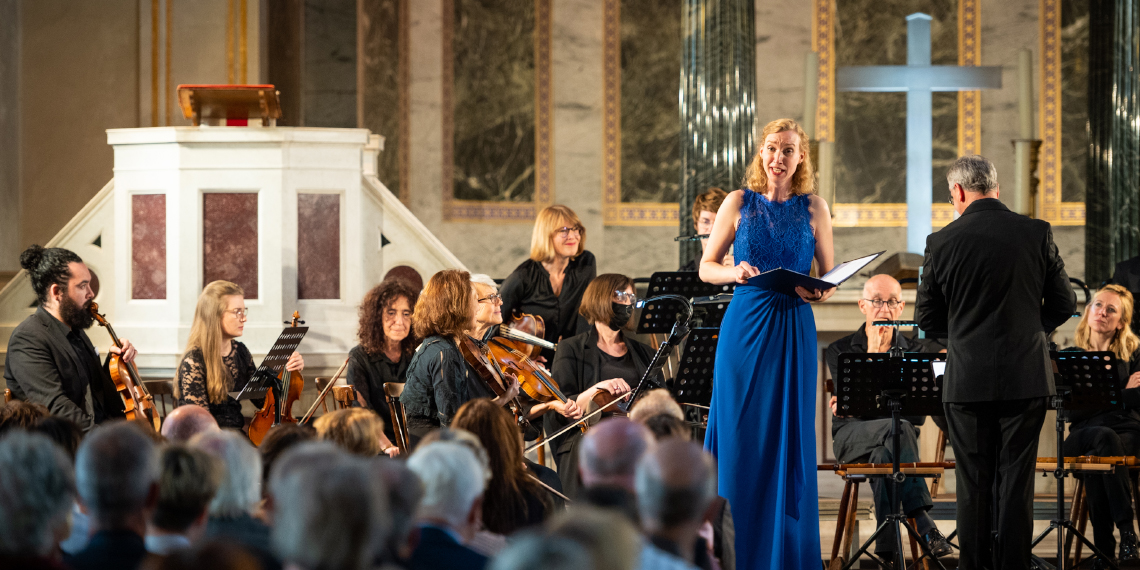 Last Sunday, the Potsdam Sanssouci Music Festival celebrated its finale with a grand open air on Maulbeerallee. More than 12,000 visitors followed the temptations to musical ISLANDS, the occupancy rate was 85.5%. Thus, after a two-year break from Corona, the music festival was able to break through the otherwise prevailing cultural fatigue with an attractive programme and report back to its audience with a bang, full of sound and in a variety of formats. Under the motto »In Friendship«, the 2023 season focuses on ties of the heart and elective affinities in music.

ISLANDS was the motto from 10-26 June, and the last stars are also island-trained: The ensemble Ars Longa de la Habana from Cuba lures us to the atmospherically illuminated steps of the Orangerie Palace with a folkloristically flavoured »Indian Queen« by Henry Purcell, oriented towards the mythical world of Central America - and in the best weather and suitably tropical warmth - as during the past two weeks as a whole.

After a two-year break from the Corona, the Potsdam Sanssouci Music Festival returned to the festival scene with a bang. The programme, which included five opera productions of various kinds, a strong opening in the city centre, precious chamber music moments in the historic palaces and gardens of Potsdam-Sanssouci and churches, as well as a multitude of selected festival events on the islands of the city and the surrounding countryside, was enthusiastically received by the audience. More than 12,000 visitors followed the lure of paradisiacal isles away from the clichés. This corresponds to an occupancy rate of 85.5%. This means that the music festivals showed no sign of the cultural fatigue that usually prevails; on the contrary, they were once again able to demonstrate their strong loyalty to »their« festival audience.

»This was our cultural summer contribution to reactivating enthusiasm for music - and we succeeded. You can only do that with a strong team and in these times it is not self-evident to have a team of this size. Thank you!« is how Heike Bohmann, managing director of the company, sums up the festival season.

And Music Festival Director Dorothee Oberlinger adds: »Finally this year, after two years of hard restrictions, it was possible again to let the Festival take place live and without compromise at all the special venues of the UNESCO World Heritage Site. The artists from all over the world and our audience were equally enthusiastic and full of drive to join us on a diverse island expedition.«

In total, 68 events took place in 17 days, including 37 concerts, 8 music theatre productions, 16 guided tours and 7 audio education projects at day-care centres and schools. More than 500 artists from 15 countries, including not only Spain, Italy and France but also Switzerland, Ukraine, Russia, Peru, Colombia, Argentina and Cuba, accepted the invitation of the Music Festival. Among the early music stars who set sail for the festival were Les Arts Florissants with Paul Agnew, Ann Hallenberg, Sophie Juncker and Margherita Maria Sala with the ensemble Il Pomo d'Oro, Anna Herbst and Les Passions de l'Âme, the Huelgas Ensemble and Paul van Nevel, L'Arlequin Philosophe and Pedro Memelsdorff, and from the Spanish peninsula Al Ayre Español and Eduardo López Banzo, the Euskal Barrokensemble and Enrique Solinís, L'Apothéose with Lucía Caihuela and the Orquesta Barroca de Sevilla.

Don't miss any information and register directly for the newsletter!